A Family Tradition Since 1955 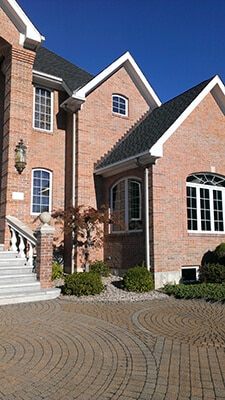 Headquartered in Glastonbury, Turner Home Improvement Contractors, LLC, offers superior home improvements conducted under rigorous standards at fair prices. We’re a family-owned and -operated business that has been providing the following services for over 65 years:

Before we became Turner Home Improvement Contractors, LLC, we were Turner & Sons, established in 1955 by Corey’s grandfather, Don Turner. Don and his seven sons specialized in roofing, siding and storm windows/doors in the central Connecticut region. In 1968, Don Jr., John (Haden) and Robert (Bob) assumed senior leadership positions. From 1968-78, Turner & Sons’ business continued to grow and expand in both volume and geography.

In 1978, Turner & Sons was divided into four separate companies. Each son was now operating his own entity, focusing on their own individual territory while still working collectively to broaden the Turner & Sons reputation. Corey’s father, Bob, founded the Robert Turner Company in Glastonbury, CT.

Corey began working on all facets of the company, assuming many of his father’s responsibilities while maintaining the company’s vision of elevating local residential home improvement in the Greater Hartford Area. In 2004, Robert Turner General Remodeling Contractors drafted a three-year plan to transfer the leadership to Turner.

In 2007, Robert Turner General Remodeling Contractors, LLC, was repositioned to reflect the new leadership and legally changed its name to Turner Home Improvement Contractors, LLC. Corey looks forward to continuing the Turner & Sons tradition and another 65 years of continued success.

We treat every client like we would our own family. At Turner Home Improvement Contractors, LLC, we take specialized care of our customers and their property. Find out why we’re the area’s most trusted residential roofing and home improvement company. Call (860) 633-1400 or fill out our online form to schedule your free, no-obligation consultation.